Early Summer in the Garden

I’ve been a bit too tied up with work to experiment with any new recipes recently, but a delicious one for a hazelnut and spinach pesto should be ready to blog about after the weekend…

In the meantime, I’ve been really pleased with the way the border outside my garden office is shaping up this summer (above) so I thought I’d write a quick blog about that for a change. It used to be a patch of scrubby, threadbare grass that flooded in winter because the clay soil underneath was so compacted - and one day, after a particularly long, wet November, I’d got soggy feet as I was coming from house to office one time too many and decided things would have to change. The whole lot was dug up - in just a few days it had been turned into a series of different-sized borders, separated by winding gravel paths to the kitchen, to the patio and pergola and on through an arch to the rest of the garden. I filled it with lots of ‘floaty’ annuals (like cosmos) in among the perennials and it’s worked really well. I’ve also got two gooseberry bushes there and there’s a huge clump of rhubarb too. On the right of the photo above is a ‘hedge’ of raspberries. A euphorbia has self-seeded there and actually looks pretty good in among them too, so I think that can stay. In winter, the raspberry canes were underplanted with colourful ‘Bright Lights’ chard to add a bit of interest when everything was looking a bit brown and leafless, and I’ll do that again this year too.

It was great being able to plan new borders completely from scratch and this is what the whole space is looking like now (above and below), in its second summer. 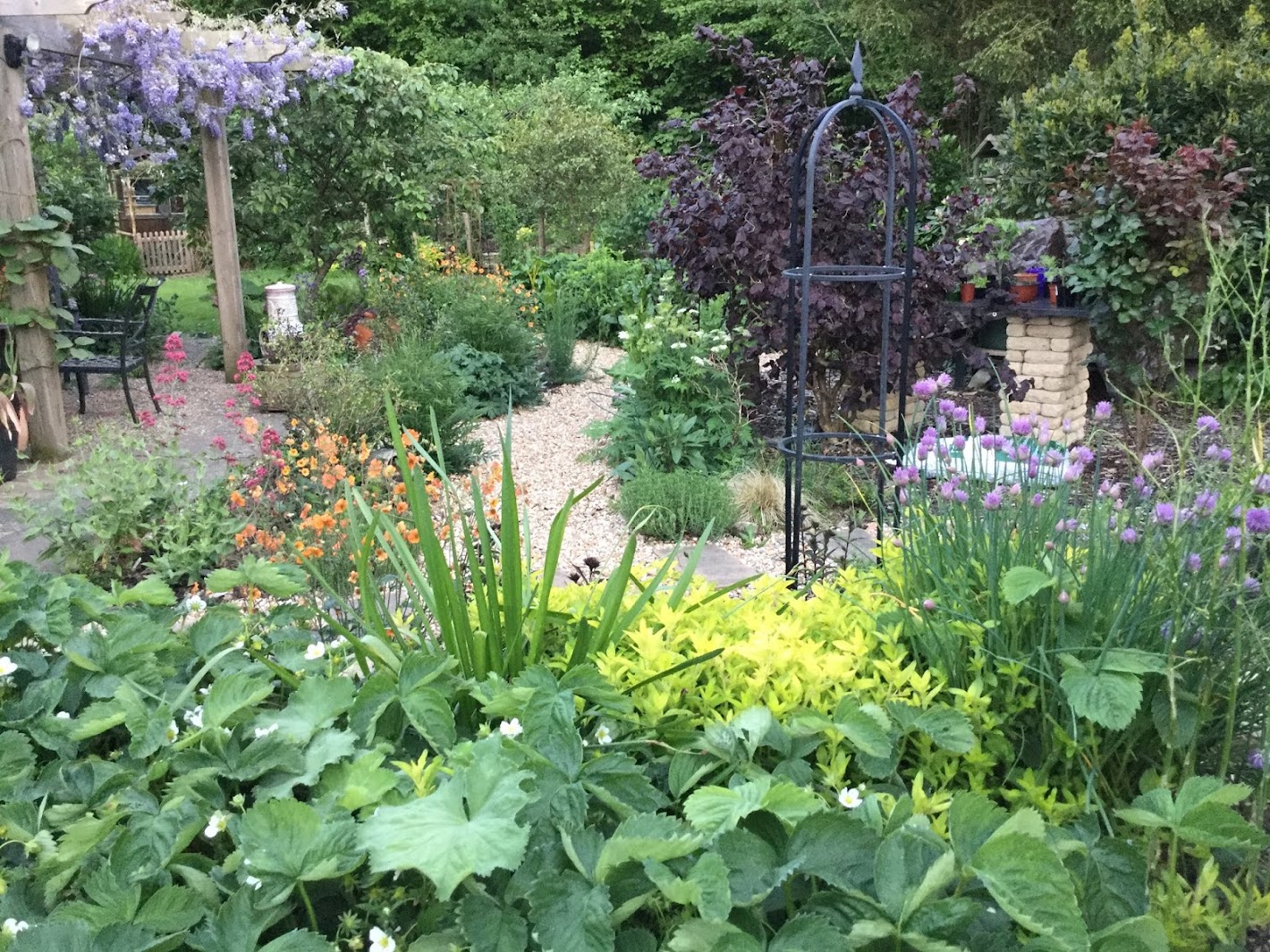 In the foreground of the photo above is the brick raised veg bed that I had put in almost as soon as I arrived here eight years ago. It’s now full of spinach, asparagus and strawberries, with this rather lovely combination of chives and golden oregano along one side. Let me know what you think! 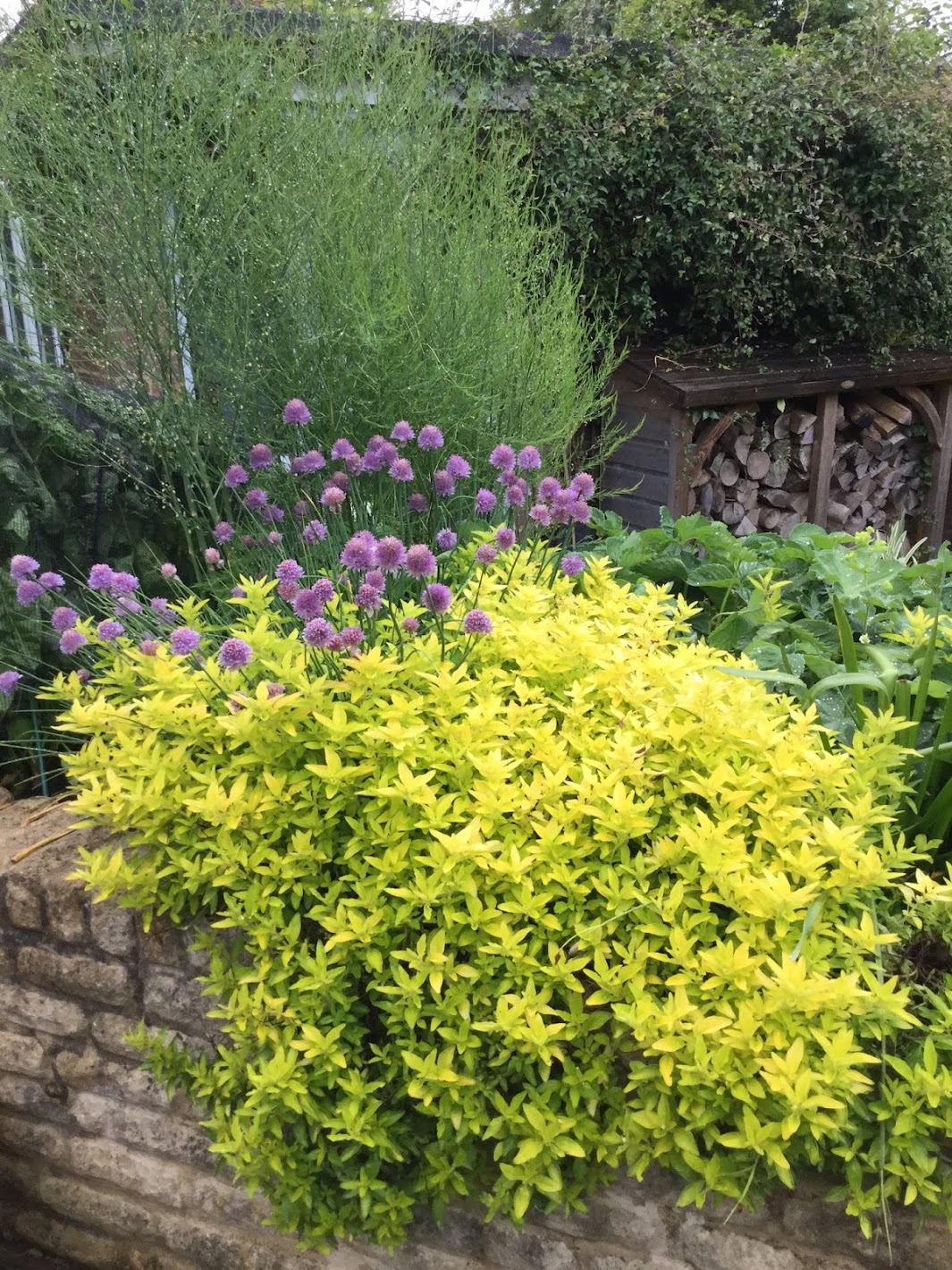